Photographs from commemorative events that Dr McMullin has spoken at.

Ross McMullin launched Anthony McAleer’s book Scurry at the Silvan Public Hall in outer Melbourne on 19 February 2017. Bill Scurry was a notable Australian soldier who was closely associated with Pompey Elliott before, during and after World War I. Another who spoke at the function was the local MP, Tony Smith, who is the Speaker in the House of Representatives.

Each year on 23 March, the anniversary of Pompey Elliott’s death, there is a commemorative ceremony at his grave in Burwood cemetery. This is one of several annual ceremonies organised by the Friends of the 15th Brigade. 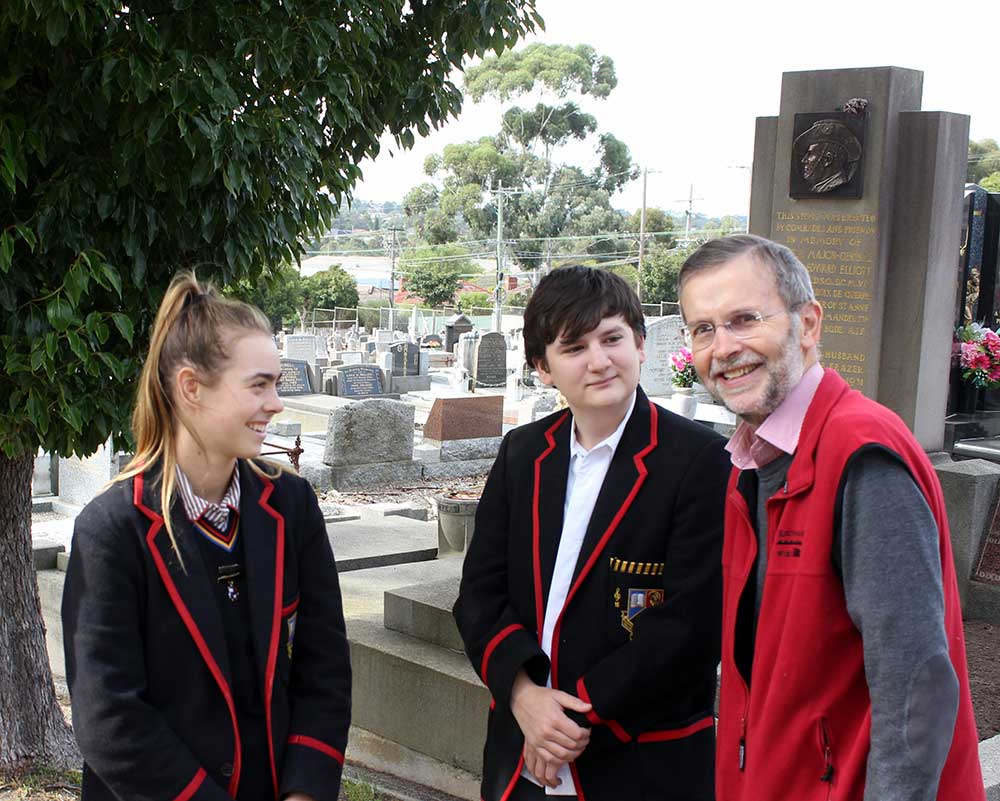 Speaking at Ballarat College May 2011